In contrast to that there is the arranged marriage. Such a marriage has been initiated by parents/ relatives or by mediators, however to the mutual agreement of both future spouses. 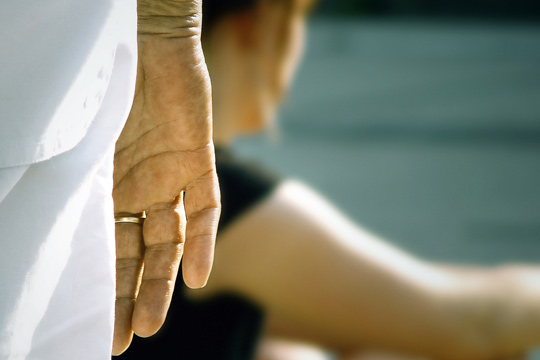 It is quite difficult to differentiate between forced marriage and arranged marriage. Hereto, a thorough analysis of motivation and interests of all parties participating is required. Whether we talk of a forced marriage or what can be considered as constraint is subject to the subjective perception of the concerned. It is decisive that both the young woman and young man do have a real chance to say ‘no’. An essential role therewith plays the exerted and realised constraint to celebrate the marriage. What parents consider as soft pressure (‘well-meant and the best for the child’) may in a psychic stress be considered by the daughter or the son as constraint or coercion. There are girls who accept that their parents chose the possible spouse, but nevertheless have the last word about the decision. In many cases, however, lots of pressure is exerted so that a deny will have severe consequences for the girls. They have to be afraid of ‘loosing their family’. Often, their consent is compelled by the parents and relatives by means of psychic and social pressure, threats up to announced murder for honour’s sake, locking-out, psychical violence. After having celebrated the marriage, such pressure is sometimes maintained. The women have to continue their marriage against their will all consequences included (see consequences of forced marriage). 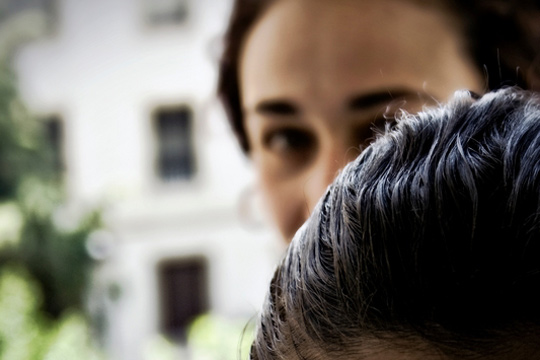 Forced marriages damage psyche and health. As a consequence of a forced early marriage, girls often have to terminate school or vocational training and thus get into a circulation of lacking education and dependency. If girls or young women refuse to accept the marriage determined for them, they are often confronted with repressions by their own family, reaching from obscenities and threats up to beating or even murder for honour’s sake. After the marriage the girls or women are expected to obey their husband and eventually even his family. If a wife does not attend her duties, this may in extreme cases even lead to physical and psychic misuse, such as e.g. threats or beating. Moreover, she may be compelled to have sex with her husband. So the risk of being sexually compelled by the forced husband is quite high. The permanent fear to be sexually abused is one of the worst consequences of forced marriage for girls and women.
Depressions, self-injury, suicide and chronically psychosomatic diseases due to psychological strain may be caused by forced marriages.

Why are girls (boys) forced to a marriage?

The reasons of the parents leading to a forced marriage are complex. A possible reason is that the parents want their daughter to live a good life. Another reason may be egoistic material interests of the parents too, as under certain circumstances money is paid for the bride. Moreover, many parents wish to discipline their sons and daughters, having grown up in western countries, by the marriage to a partner from their country of origin in order to get back to the roots of their own culture area.

Just in case girls develop life plans contrary to the antiquated plans of their parents, such parents may tend to show them the ‘right path’ by forced marriage. Herewith, certain senses of honour, based on different country- and family related traditions play an important role, as forced marriage does mostly take place in the family related environment (i.e. marriage of cousins). The parents feel to lose their influence and want to force their daughter to live according to those antiquated traditions they are used to. Therefore, they decide to force their daughter to a quick and selected marriage. They are afraid of losing their face (honour of the family), if the daughter has a boyfriend and may lose her virginity as a consequence. By means of a quick marriage the parents – on the one hand – are no longer responsible, manifesting the traditional power structure on the other hand.

Beside those girls/ women affected who live here in Germany, being forced to a marriage by their parents, there are three other forms of forced marriage:

The reasons described above are a simplified résumé of the possible reasons for a forced marriage. The living situations of the affected are complex and complicated and must be considered too, with regard to counselling and support of girls and young women.

Forced marriage is not a religious phenomena

There are tendencies to allocate forced marriage to certain religious communities. Reasons for forced marriages have however outdated patriarchal structures, traditions and customs, however not religion in its proper sense. None of the big religions in the world such as Buddhism, Christianity, Judaism, Hinduism or Islam stipulate forced marriage. Otherwise, there are text citations regarding each of these religions being misused to legitimate the subordination of women towards men. Such citations are used in the sense of patriarchal lobbyists each to limit or negate the right of girls’ and women’s self-determination.